The four paintings in the Pontormo series are based on a secular fresco in the Villa Medici outside Florence. Covering a whole wall of a large salon, it depicted a group of country people enjoying themselves outdoors, some sitting on a wall in the sun, others on the ground nearby. Two of the figures on the wall reminded me of highway billboards of my childhood--one advertising Coca Cola, the other suntan lotion. The young man's pose recalled guys in the bleachers catching foul balls, and a young woman with her dress pulled up above her knee made me think of ski accident victims proudly showing their autographed casts. 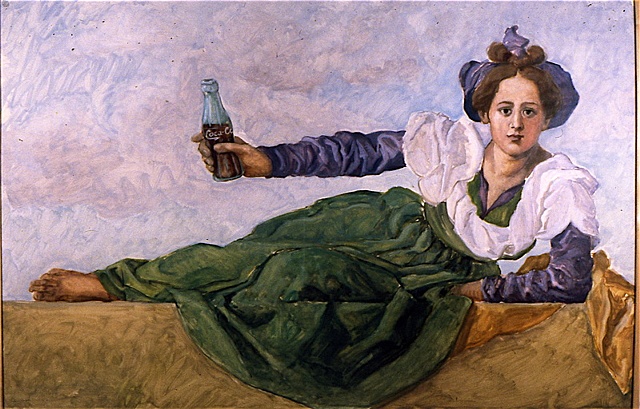